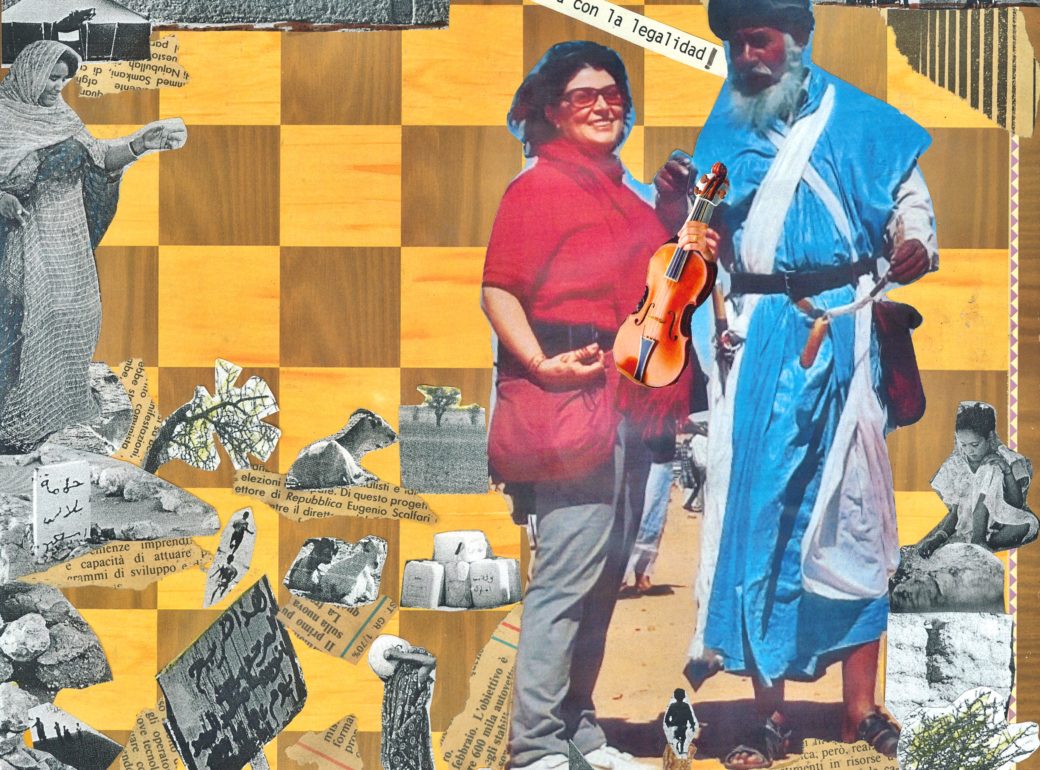 European musicians meets Saharawi culture
Desert Session is a moving project aimed to join musicians and creating discussion on the refugees problem in the world. After experiences in Italy and in the Sahara that involved more than 30 musicians from all over Europe including the singers Mariem Hassan and Aziza Brahim, the musicians present a live show in which the density of the desert blues merges with the jazz, underground rock and the southern Italian folk music.
Starting from reflections around the permanent condition of precariousness lived Saharawi refugees, the aim of Desert Session is to research the crossroads between music and pracariousness, between artistic expression and the inability to determine their own future, between selfdetermination and reliance and how all that is interacting with private and public cultural performance and on identity’s renewal.
Through the workshop, residence, concerts, recordings, travels and interviews, Desert Session investigates on haul, the desert music language, its communicative power and the strength of the connection between music and solidarity.
The Saharawi is an Arab-Berber people that lives in exile in a part of the Sahara called hammada (suffering) due to its extreme climate. Its music is called haul – in classic Arab it means terror – and for the Saharawi it evokes delight in the physical transmission of listening to music. The Saharawi people live in big tent cities thanks to humanitarian help. Throughout the years traditional music has become a fundamental instrument to communicate the injustice of their condition as refugees evolving in new and contemporary expressions. The new young generations of Saharawi represents a big un-expressed potential that risks the dispersion of its energy without the chance to build its future. 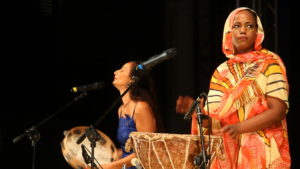 MUSIC AND SOLIDARITY
Desert Session decides to support a community cooperation project activated an Italian network of association and local institutions aimed to guarantee medical care to disabled and diseased refugees children. The project has been giving hospitality to children who leave the heat of the refugees camps to follow a health program in Italy, which is truly important for a tangible improvement of their life. A project of true solidarity which in time created a tie between small italian communities and the Hammada inhabitants, involving families, youth, political and religious institutions in an experience renewed every year through travels, events, surgeries … Desert session is born from the intent of enriching the territorial exchange through the enveloping power of music, proving that virtuous processes can be triggered linking music and solidarity. 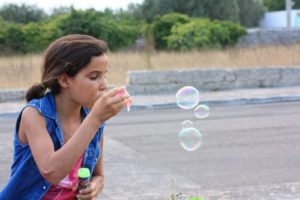 MISSION III – Saharawi Refugees camp (March 2016)
A group of musicians and fieldworkers goes to camps for an exchange creating a cross-cultural band.
After the activities and the context analysis conducted in the past years, identified some strategies and activities in order to:
· Empowerment saharawi community on musical practises in order to develop skills and young generation potential
· Creating conversations on the refugees problem to the international community using ironic and artistic approach
· Helping the organizations Rio De Oro and Tregiriditè to raise awareness in the community of refugees about disability and health problems and suggestions.
Activities:
Creating a band composed refugees and european members
Repairing and donation of musical instruments
Meeting with local musicians: Mahfoud Azman, Mahmoud Bara, Mahfoud Aliyen.
Supporting Studiolive project Sandblast (UK) who aim to create a recording space in the camps.
Examine in depth how musical practices are surviving in the camps (internet, phones and digital habits, global music introduction, traditional instruments building, cerimonies ….)
Jamming with children and other musicians 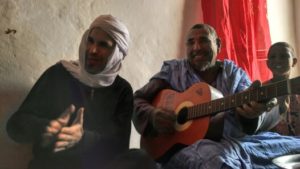